Two Steps Ahead of the Coronavirus 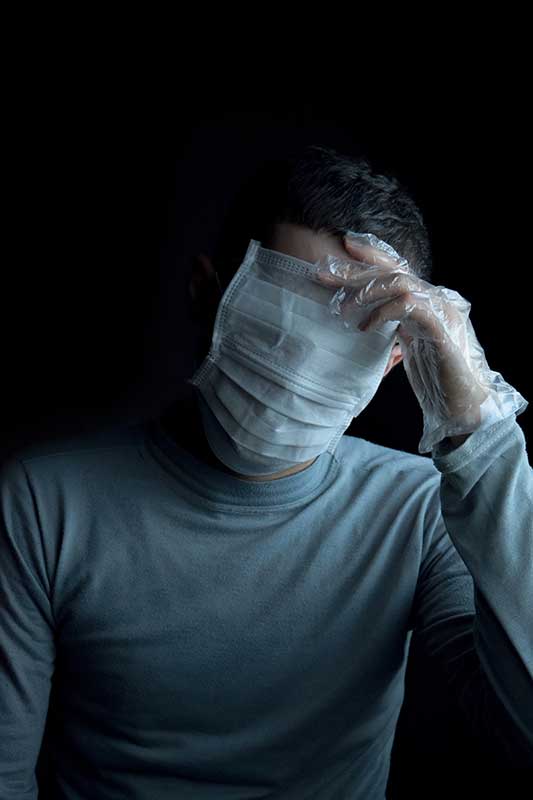 A method of predicting the coronavirus spread, pioneered and developed by Weizmann Institute scientists, may enable the authorities to focus efforts on areas where an outbreak is anticipated – and relieve measures taken in others. Several countries, including India are adopting the new method

A method for monitoring, identifying, and predicting the coronavirus’s spread, which was initiated and developed by scientists from the Weizmann Institute of Science in collaboration with researchers from The Hebrew University of Jerusalem and Clalit Health Services, and in coordination with the Ministry of Health, has attracted considerable international interest.

Additional governments have now begun to implement the method, which is based on questionnaires for the general public and on the analysis of the data obtained from them. The questionnaires track the development of virus-induced symptoms, and the analysis relies on big data algorithms and artificial intelligence. The analysis is based on the knowledge that viral spread occurs in clusters of infection; thus, early identification of any clusters may facilitate various actions aimed at slowing down the spread of the virus.

A pilot project, launched in Israel about one week ago by the Institute’s Profs. Eran Segal and Benjamin Geiger, and Prof. Yuval Dor from the Hebrew University, has received remarkable public response, with some 60,000 Israelis filling the questionnaires to date. Preliminary data analysis led the scientists to detect a significant increase in symptoms reported by the public in areas where verified patients are known to have passed. This accurate, neighborhood-level mapping may enable the health authorities to concentrate on areas in which an outbreak and spread of the virus is predicted – while allowing them to ease measures in areas where an outbreak is not expected.

“These questionnaires are the only tool, to date, that can present a general picture of the virus’s outbreak across the country. It is important to note that they are not intended to replace increasing the number of tests to identify patients and carriers,” says Prof. Segal. “However, tests can never cover the entire population – due to logistic and economic constraints. We believe that our method may provide the Ministry of Health with a strategic tool for tackling the crisis.”

Together with Prof. Ran Balicer of the Clalit Research Institute and other researchers, the scientists have continued developing the tool, and they recently published an article on the MedrXiv site about the method, calling on other countries to implement it. Countries including the US, India, Luxembourg, Malaysia, Spain, Germany, Italy and Britain have started adopting the questionnaire method. The scientists are currently working to establish a global forum, led by Prof. Segal and researchers from the US, with the goal of sharing data and insights and building prediction and comparison tools together.

Below is a link to questionnaires in five languages:
http://predict-corona.org

It should be noted that the questionnaire does not diagnose coronavirus infection. The questionnaire is anonymous; all data is used solely for the purpose of monitoring the spread of the virus. The scientists are taking all possible steps to maintain the respondents’ privacy and information security.

Prof. Benjamin Geiger’s research is supported by the de Picciotto Cancer Cell Observatory In memory of Wolfgang and Ruth Lesser, which he heads; the Leona M. and Harry B. Helmsley Charitable Trust; David and Molly Bloom, Canada; and the European Research Council.

Two Steps Ahead of the Coronavirus added by admin on March 23, 2020
View all posts by admin →