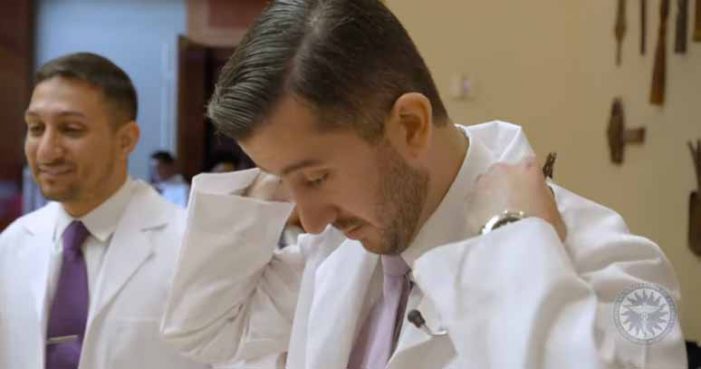 Manipal Education & Medical Group is a name synonymous with high quality of education with campuses across the world. One such campus is the sprawling 17 acres of American University of Antigua College of Medicine (AUACOM) in the exotic Caribbean island of Antigua.

AUACOM is a simple answer to all the implausible questions on the minds of aspiring medical students who struggle through the procedure of getting admitted to medical schools and the sword of uncertainty that hangs over them. Now nurturing the dream of earning an international degree in medicine and making it come true is possible with Manipal’s AUACOM.

The population in India has risen by about 3.5% per annum in the last 6 decades, which means the population of the country will hover around 1.7 billion by 2025. This means India would need about 1.7 million physicians or doctors as per the WHO directive (1 doctor per 1,000 people). That is a staggering figure considering that only about 70 thousand Indian medical aspirants get to enroll in a medical degree of which about 20% drop out. Unlike Indian medical colleges, AUACOM ensures that a new medical aspirant goes through thorough counseling which is an integral part of the enrolment process. This helps them to think clearly and gain the confidence to make an independent choice of taking up the course. Since Manipal’s AUACOM emphasizes the need for well-rounded doctors, they ensure that academic performance and development of emotional intelligence are given equal weightage. The entire admission process is holistic, and it considers more than just the test scores.

Most medical institutions focus on producing more and more doctors. However, AUACOM looks at the larger perspective and ensures that it builds well-rounded medical careers that will ensure that the worldwide shortage of physicians will be taken care of with each of its students catering to more population than what WHO prescribes, both in terms of good service as well as expertise.

In the US alone, the Association of American Medical Colleges (AAMC) estimates a shortage of 91,500 physicians by 2020 and up to 130,600 by the year 2025. There was a huge shortage of 327,000 doctors in India in 2017 and the country has less than one doctor for every 1,400 people, which is way short of the WHO standards. One of the most promising institutions in today’s world of medical studies and the global shortage of physicians is, Manipal’s AUACOM that has become an international hub for medical education.

The alumni of Manipal’s AUACOM stand testimonial to the difference being made by this institution in India as well as India’s contribution to global healthcare. They are driven by the larger purpose of improving the global healthcare scenario. According to AUACOM President Neal Simon, it was important for him to establish a medical school that would adequately prepare qualified doctors to address the shortage of physicians. He says, “As a university, AUACOM strives to advance the field of medicine and shape physicians who come from underrepresented minorities.”

AUACOM and AICASA are a part of Manipal Education Americas, LLC (MEA) and are fully owned by the Manipal Education & Medical Group. AICASA, a two-year pre-med program with a curriculum that provides a comprehensive approach to premedical training which emphasizes the development of critical thinking skills. The institution boasts of accreditations and a curriculum that prepares its students to take on the world after earning their degrees. Their highest academic standards and the global doctorate programs empower the qualified doctors to practice in any part of the world. With new agreements being signed with various hospitals and institutions AUA is certainly making a global impression.

About American University of Antigua College of Medicine

American University of Antigua (AUA) College of Medicine, a division of Manipal Global Education Services, is a fully accredited international medical school dedicated to providing an academic experience of the highest quality. Via a holistic admissions approach, AUA selects students with the potential for medical school success and provides them with the resources they need to obtain highly competitive residencies and move on to successful careers in medicine.

Study Medicine in Manipal’s AUA College of Medicine and Earn an International Doctor of Medicine Degree to Become a Global Physician added by admin on March 3, 2020
View all posts by admin →