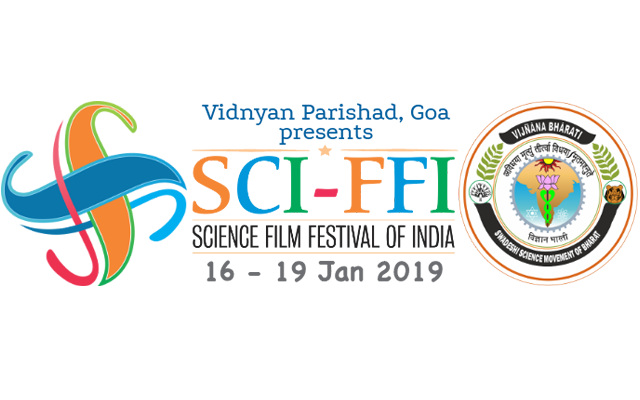 Vigyan Parishad – Goa, a science movement that has been taking great strides to popularize and propagate the concepts of Science among the student community, is all set to host the Science Film Festival of India (SCI-FFI) in Goa. Taking notes from huge potential of brand Goa as a film festival destination, it has joined hands with the Department of Science and Technology-Goa, Entertainment Society of Goa, Goa Science Centre and National Institute of Oceanography, to host an unique festival to be held in the ESG premises from January 16 to 19, 2019.

The four day event is packed with film screenings, discussions, interactive sessions and workshops with experts and scientists. There will be presentations on space and the environment and interesting lectures on robotics, Hands on Science and practical Maths.

In a build up to the festival, experts and scientists from NIO and elsewhere have been visiting schools and delivering interactive sessions on different topics such as astronomy, marine oceanography and bio-invasion, climatic change and natural disasters and geology. 100 schools all over Goa will be covered as part of pre-fest.

SCI-FFI will open up your mind to the world of cinema and you will never view films the same way again. More than appreciating the influence that Science has over cinema, the festival aims to celebrate the collaboration between Science and cinema. This is an opportunity for all of us, students of science or not, to come together and witness this freshly created concept of a film festival themed around the marvels of Science.