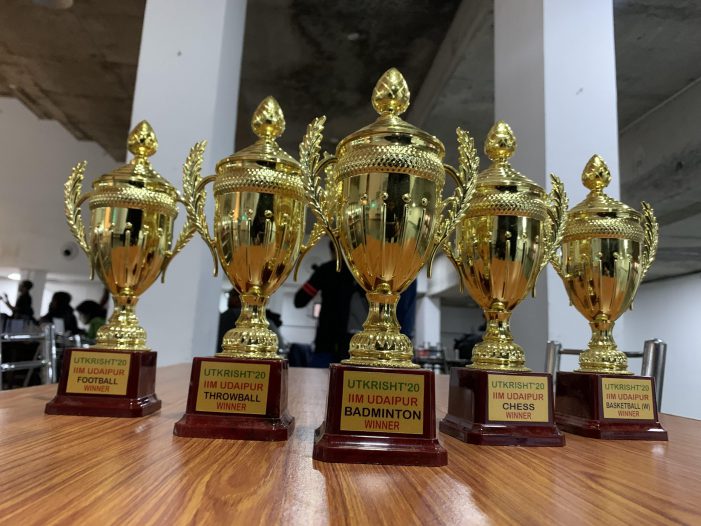 The event had a footfall of 300+ attendees across five local and national colleges.

This year, the theme for the fest was ‘Dikha Dumm’, which aimed at challenging the participants to put their best foot forward wherein IMT Ghaziabad, LBSIM New Delhi, SCHMRD, Pacific University and FMS Udaipur participated.

Carrying forward its tradition of success and fostering a culture of excellence, the IIMU community also participated in large
numbers.

Prizes worth 1,66,000/- were distributed among the winners on 19 th evening and the fest signed off promising to up the ante and be better next year.

Utkrisht’20 was the second edition of IIM Udaipur’s annual sports fest which is held in January to help the IIMU community develop and inculcate a sporting culture and foster a team spirit.