How to spot absence seizure and daydreaming in your child? 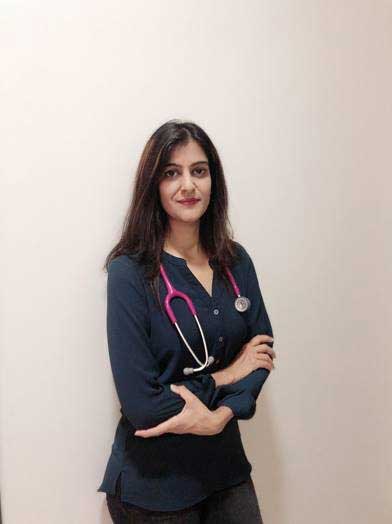 Aditi, a class 4 student was good at studies. She could grasp things quickly and remember them. Her teachers and parents were quite happy with her progress. However, as the mode of education became virtual, her teacher observed that Aditi was on occasions staring blankly at the screen before returning to normal. Her teacher attributed this change in behaviour to the teaching method from offline to online. Soon, her mother also noticed that Aditi was not paying attention to the class and staring blankly at the wall or screen.

Although, Aditi would become normal within a few seconds, her parents noted that she could not recall some of the lessons from school and look confused when asked about certain things. Thinking that Aditi is daydreaming and losing interest in studies, her parents decided to consult a paediatrician.

After speaking to Aditi and the parents, the Paediatrician was concerned that Aditi’s symptoms suggested more than day dreaming, but were in fact suggestive of absence seizures. An EEG was requested which confirmed the diagnosis and Aditi was commenced on the right medication.

Absence seizures are sudden episodes of a short blank out which often affects children between the age of 4 to 14. Kids suffering from absence seizure may stare at blank space and return to a normal level of alertness within few seconds. In most cases absence seizure is mistaken with day-dreaming or lack of attention and there is a high chance of ignoring the symptoms. In some kids, absence seizure may take months or years to get recognised.

Children suffering from absence seizure may show lapse in attention for 10-20 seconds. However, once they become normal, they do not remember the incident. Few children may face many seizure episodes on a daily basis which may not get recognised. This will affect the learning and daily activities of kids.

These types of seizures are caused by abnormal electrical impulses from nerve cells in the brain. In many cases, it occurs due to the genetic predisposition.

Differentiating between absence seizures and daydreaming

There are many key differences between daydreaming and absence seizures. We have listed some of the major ones below:

Many children grow out of Absence seizures by the time they reach puberty whilst some may need to continue with anti-seizure medication for longer periods whist a small number may go on to develop a full-blown generalised tonic clonic convulsion.

Your Paediatrician along with the Neurologist will need to follow up closely and alter the treatment as needed.

Do not mistake absence seizures with other problems

Correct diagnosis is crucial as absence seizures are often mistaken with other types of seizures. A specialist might suggest an electroencephalogram (EEG) as it is one of the safe and painless ways to diagnose absence seizures. The child will also be given anti-seizure medications.

How to spot absence seizure and daydreaming in your child? added by admin on July 9, 2021
View all posts by admin →