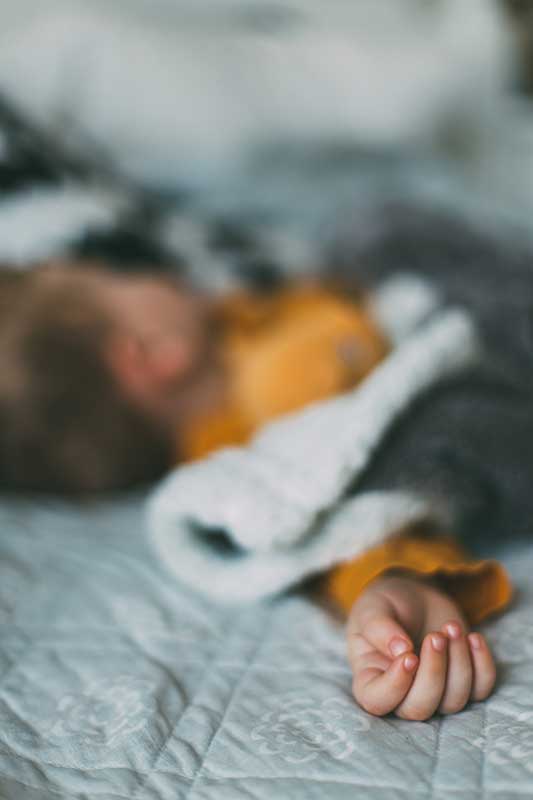 It can never be stressed enough how sensitive infants are. Their bodies and immune systems take time to adjust to the new world that they are born into, which is why they are more prone to catching infections and require utmost attention and care. Hence the onus is on the parents to be very closely observant and attentive towards their baby’s health.

A 11-month-old baby girl, Riya (name changed), was presented with symptoms of fever and multiple episodes of seizures in Columbia Asia Hospital, Whitefield. After necessary investigations were carried out, Staphylococcus aureus (a type of bacteria) was observed positive in her reports. It is not uncommon for this bacteria to cause brain infections in kids but what was uncommon in Riya’s case was that the bacteria had affected her brain vessels and blocked the main cerebral vessels.

After the evaluation, the doctor informed that it is a common bacteria that leads to dreadful consequences sometimes. The unusual scenario, like in this case, is when the bacteria and its chemical toxins invades cerebral vessels leading to inflammation of the vessel walls with subsequent multiple strokes.

The doctors informed that this was a rare case of cerebrovascular complication in staphylococcal meningitis in a child. Cerebral vasculitis is a dreadful complication of bacterial meningitis leading to significant morbidity and mortality.

“The child was brought with fever of just one day along with multiple episodes of seizures prompting us to do cerebrospinal fluid examination and MRI scan of the brain. Timely investigation and appropriate treatment reduced serious neurodevelopmental morbidities in this child, informed Dr. S.P. Senthil Kumar, Consultant Pediatric, Neonatal & Cardiac Intensivist, Columbia Asia Hospital, Whitefield.

The child had no other history of cough, cold, abnormal developmental milestone or any heart ailment.

The doctor also added that fever with fits is not an uncommon scenario where the triggering factor is usually a viral fever. In a simple febrile seizure, fit usually occurs within 24hrs of onset of fever lasting only for few seconds and won’t recur again.

After her condition was detected, Riya was in the hospital for two weeks. She was discharged post that. However, regular check-ups and certain medications still are continued. Now Riya has recovered well with no neuromuscular or  developmental disabilities and nor has any seizure instances been reported later. Cerebral arterial blockage has reduced considerably and is likely to resolve soon entirely.

If the brain infection is detected at an earlier stage, immediate treatment can be started to avoid the further serious complications.

“We are very grateful and relieved that our daughter was under right hands and was provided the required treatment timely. I want to highlight that all parents should be very careful and immediately take medical expertise instead of ignoring or assuming anything when it comes to the child’s health. We are thankful to the doctors at Columbia Asia Hospital, Whitefield,” said Riya’s Mother.