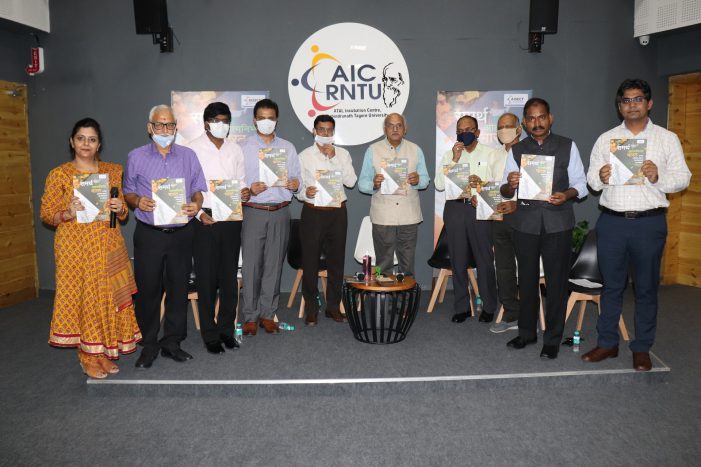 Bhopal, October 16, 2020: The AISECT Group of Universities, which is one of the fastest growing higher education groups in India, has launched a campaign called ‘Samarath’ to support the Government of India’s AatmaNirbhar Bharat initiative. As part of this campaign, an AatmaNirbhar Bharat Cell has been set up at the Atal Incubation Centre at the Rabindranath Tagore University (AIC-RNTU), which will promote innovation and entrepreneurship in India and help the incubates generate a scalable, sustainable and profitable business model.

The key objective of the Samarth campaign is to make the students of each university under AISECT Group of Universities as well as the residents of the respective districts aware of the initiatives under the Government’s AatmaNirbhar Bharat campaign and their benefits to those who want to start an enterprise. The campaign will be managed by AIC-RNTU in partnership with all the universities under AISECT Group of Universities. This includes the Rabindranath Tagore University (RNTU) in Bhopal (Madhya Pradesh), the Dr. C.V. Raman University (CVRU) in Bilaspur (Chhattisgarh), the AISECT University (AU) in Hazaribag (Jharkhand), CVRU Vaishali (Bihar) and CVRU Khandwa (Madhya Pradesh).

As part of the campaign, every university under the Group will appoint one AatmaNirbhar Bharat Executive, who will be either from the Science Department or the Engineering Department of the university. The Executive will be responsible for setting up a Source Centre, which will store all the material, projects and profiles related to the AatmaNirbhar Bharat initiative for delivering further information to the local community. The source materials to be disseminated will be compiled at AIC-RNTU and will be made available to every university. In the near future, the Source Centre will also work as a consultancy centre for the local MSMEs and cottage industries.

Mr Choubey added, “The Universities will modify their syllabus in line with the New Education Policy 2020. We will also establish skill development centres in the local communities and launch B.Voc. and other relevant programmes for the skills in demand in the respective region. Moreover, representatives from the universities will interact with certain groups in their regions such as Sarpanchs, farmers, MSMEs, students and teachers in order to understand their needs as well as update them about the schemes under the AatmaNirbhar Bharat initiative that will benefit them. Another important task of the universities will be to assist in the launch and promotion of small and cottage industries in their respective districts. We will also organize AatmaNirbhar Bharat Yatras in the nearby clusters to spread mass awareness about the initiative.”

The clusters in which the initiatives under the Samarth campaign will be taken by each university include Raisen, Bhopal and Sihor for RNTU; Khandwa, Burhanpur, Khargon and Barwani for CVRU Khandwa; Bilaspur, Mungeli and Janjgir for CVRU Bilaspur; Vaishali, Patna and Muzzaffarpur for CVRU Vaishali; and Hazaribag, Ramgarh, Chatra and Lohardaga for AU Hazaribag. Another feature of the Samarth campaign will be setting up of a student body called ‘Vikas Mitra’ in each university, which will consist of 11-21 students. The Vikas Mitras will conduct a comprehensive survey on the ideas and policies of the micro and small enterprises in their districts. They will also supervise the documentation work. In accordance with the survey, statistics and interactions, the districts will be provided with a work plan and help regarding the administrative work. According to the plan, the upgradation of the skilling programmes in selected areas such as agriculture will be done.

AISECT Group of Universities launches ‘Samarath’ campaign across its 5 universities to support the Government’s AatmaNirbhar Bharat initiative added by admin on October 16, 2020
View all posts by admin →